I started off to wonder,
How the trees and skies were made.
How shadows follow fingers
And butterflies parade,
Round roses, daisies, buttercups
And only for a season,
Then disappear, to come next year
With hardly any reason.

How the breeze can be so winsome
And terrify me too.
One night’s sky an angry yellow,
The next one, navy blue.

Perhaps it’s not that creation was—
It wasn’t yesterday.
Maybe God still speaks life,
And and breathes souls
Today and everyday.

I chased these thoughts throughout the day,
And took them last to Scripture.

“Lord,” I said, “I don’t understand
“How all these things can be.
You made earth once, but I still see
Your hand in everything.”

“Daughter,” Abba slow replied,
“The world spins within my hand.
And every breath that’s taken,
Yes, those are all mine too.
Yes, I once created,
But I’m always making new.”

Revelation 21:5 “And He who sits on the throne said, “Behold, I am making all things new.” And He *said, “Write, for these words are faithful and true.”

Amos 4:13 “For behold, he who forms the mountains and creates the wind, and declares to man what is his thought, who makes the morning darkness, and treads on the heights of the earth—
the LORD, the God of hosts, is his name!”

The bucket laden and light,

I knelt at Jesus’ feet.

Mindful of the matriarchs of my faith,

Who knelt as this so long before

One spilled incense, her destiny over them,

Another caressed these feet in a garden, as me.

Her tears seeped through closing wounds.

My bucket is brimming but perfectly leveraged.

Only I can carry it so.

Filled with my destiny, my praise, my tears,

Oh Jesus, let me spill them,

Cascading over your toes.

These words will wash you with my wonder,

But your earth-dust will not fade.

For the feet were glad to walk upon

The soil the hands had made.

My words of praise flow over

Soaking ground and seeds of faith.

The words of life and lives of hope,

Drink deeply of their praise.

Let them blossom, grow and drop their seed.

For what are words, their droplet,

But to bring fruit to bear?

Enrich the soil and beautify

I find you there.

Take me into the secret place, Father.

A hidden place of muted song and raging melody,

Of solace and passion.

That same place, with You,

I find that pours and presses peace into oft unwilling mind.

But that pulls me to my feet and sweeps me in ecstatic circles.

Only You know the way.

“Two steps, a prayer, a toughened knee, three songs, a verse by heart.”

So I come, as far as I can go, the threshold of Your throne room.

I can taste Your goodness

Swoon with the sweet fragrance of a thousand prayers,

Peer at Your beautiful strength,

But freeze in awe of contained majesty.

Please, please take me to the secret place,

Where no one else can see my tears today.

I need the sound of Your breath,

Even in the absence of Your words.

I need the thunder of Your heart,

Even when You do not lead me forward.

Flow freely from waves of pent fears and awe.

Funny, I can go months at a time without writing a poem. Then, all of a sudden, one hits me and a few follow. Hope you don’t mind me posting another prayer-poem. 🙂

May God bless and keep you, Friends.

Oh Father,
Increase my hunger for you. 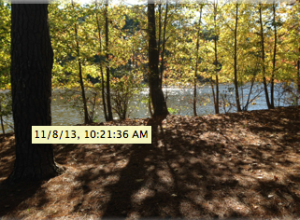 Whet my appetite for prayer
And my tongue with intercession.

Greater in me,
Let your Life-breath swell my chest.
Illumine my eyes.
Weaken my resistance to your probing eyes,
healing hands and pure, fiery heart.

I want to know you and,
In knowing you to need you more.
I want to pummel you with questions,
Seek you for guidance,
Fear you with wisdom,
Love you with passion and an undivided heart.

Even in my frailty and oft distracted gaze,
I know, I know that you alone
Are sufficient for my days,
And more, more, more!

With answers to past troubles,
And light for distant paths,
Oh Father, when hungry teach me to feast on you.
When thrilled to glory in you.
When troubled to seek you and rest in you.
Be all to me.

This morning, I sat wordless before the Father. Don’t you hate it 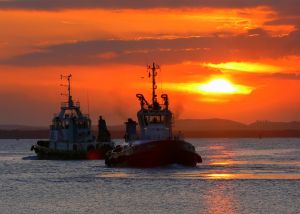 when that happens? You’re supposed to be praying and all of sudden (or maybe not so suddenly, maybe it feels chronic) there’s just nothing to say? That was today.

But recently, I read @BlumLee on her fabulous site http://www.leewolfeblum.com and one little phrase lodged in my memory. She said something about writing from her subconscious. So, even though I was praying, I tried to let my mind go to what I was not thinking. I mean, after all, God knows all that anyway…right?

There’s a weakening in me.

Like a rope washed and weathered by sun and salt.

Its life work about to pitch mercilessly on high seas, the familiar dock and droppings, fragrant with fish and stagnant air–

All safety far behind.

I wonder, how long it will hold together at all?

I wonder at those boats I’ve seen loose from tether in the distance.
What do they do–Wild and loose?
Is it frightening everyday?
What currents and rough winds await?
Will I ever return?

I feel about and nearly.
I float on almost and possibly.

There can be no assurance, wild upon those waves!

What of all I’ve so long feared?
Lost, a drifter, no purpose or destination,
No identifying flag.
Or pirates and mercenaries to scavenge me for waste?

Primitive, small, sunk low.
But here I find at once I’m loose, and at loss, and quite lost.
But I’ve been drifting slowly now,
‘Neath rise and sunset for a time.
A bit more weathered, not worse for wear.

But maybe stronger.
Certainly braver.
No storm has torn assunder.
I’ve no sail to rip.

And out here, the droppings miss me, a scent of salt and singular freedom.
The air awash with wind and wild blue.
I’ve even begun to see the others,
I’m not alone out here.

So many must have lost their lines.
Wayward a few, crosswise against the tide.
Fighting for float.

I would have kept away,
Far safe from their troubled wakes,
Dodging waves in a cove.
But the cries became so loud!

Fear a wretched sound,
A boat near sinking, a life near death,
Facing the one thing that would make it all it’s not–
Not a boat, not afloat, not alive.

I found a coil.
Neglected since I left the dock.
Warily, I wafted toward the distressed, and threw the line.

Not much, this little rope.
And I feared it would break.

Who am I? And what are my good intentions?
Lost, fueled by an invisible tide.

When my line reached her,
The wind began to blow.
And ushered with solemnity and solidarity
Our two hearts toward harbor.

When I read this poem later, I saw my purpose in those lines, my passion. God is using my once-lostness, my once-fearful, my once-dying to rescue others.

I pray especially, that anyone who reads my book finds hope and  healing. #ThePredatoryLiesofAnorexia

Friends, a couple days ago I shared with you some of the frustrations and discouragement I’ve been facing in the course of my walk with Abba. It seems that when we’re smack in the center of His will we’re still not immune to setbacks. But this is the promise:

“Rejoice always, pray continually, give thanks in all circumstances; for this is God’s will for you in Christ Jesus. Do not quench the Spirit. Do not treat prophecies with contempt but test them all; hold on to what is good, reject every kind of evil. May God himself, the God of peace, sanctify you through and through. May your whole spirit, soul and body be kept blameless at the coming of our Lord Jesus Christ. The one who calls you is faithful, and he will do it.” 1 Thess. 5:16-24

There’s a process required if we would profit from pain,

From rejection and loss and more of the same.

When we’ve sought for God’s will and pleaded for answers,

When we’ve plumbed the depths and scaled the rafters.

When no answer comes and day waxes cold,

There’s a process required if we would profit from pain,

Against all our nature, against human grain.

To bow the knee and thank the King,

The Providence who could,

Revive our dreams, rebirth the old.

Grateful in the shadow and rain.

This the process to profit from pain.

This is His will, this precedes peace.

He is faithful, He will do it.

Suspended from the end of despair

Fall, back into this flesh-shell.

Dripping spirit back into body

Filling, ever so slowly, back up this

I watched goals and dreams flitter

Acorns pop beneath my feet,

Rebelling, I walk past lecture halls

I abandon should’s and should-nots and

I refuse the notion that my pen,

My words, my voice propels

The essence of my story.

I am not the harvest of so many pages

Or the culmination of book deals,

I am not a soul-ish creature

But spirit filled and driven,

I am an artist and a canvas,

Both a creator and a lump of clay.

So, I let the warmth of sunlight

Fragrance wafting from this open heart and

As soul melts and drips spirit

Abba bake me in the morning rays

Of Your exquisite love

A purpose so profound,

It is only written on a softened heart.

A purpose of worship,

In words and notebooks, pens and pages

Hearts and humanity in right this minute.

Like a rush of butterfly wings, or maybe an angel

My heart wakes and rustles.

Worship runs between the membranes of my heart,

Then rests. Settles. Calm washes over.

In the requisite moments of peaceful worship.

Worship of tongue and whole being!

Then rests. Settles. Calm washes over.

Could this be the Rosh Hashanah
My Lord returns for me?
Would surely be a splendid thing-
A happy day to see!
As faith turns into blessed sight
And human souls- set free!

But for those left behind-
Who failed to heed the call-
Overwhelming darkness
Surrounding one and all,
A mere twinge of regret
Of sins that did appall-

A spurning of God’s love
As each chose their own way,
Giving up the conscience
To follow sin’s death sway,
Rejecting of the sacrifice,
His life that down He lay.

And then a hardening
Of the heart,
A twisting of the mind-
No hope left to impart.
No turning back-
All reason to depart.

But here is the warning-
Hearts can still repent.
He is standing by-
Soon comes judgement.
Choose while you can-
Now is your moment…

Weary sojourners here
Waiting to be found-
Listening to the air
For a trumpet sound;
Refashioned bodies
To Heaven inbound!